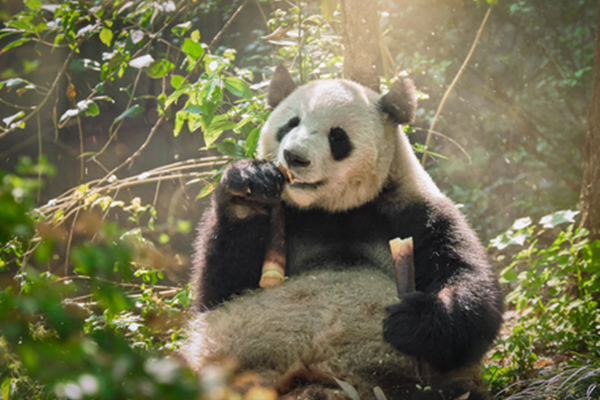 Panda has come out of nowhere to be one of the catchiest songs this year, only to be surpassed by Drake’s “One Dance.” Desiigner bought the beat from English producer, Menace, for $200 and it didn’t take long for $200 to turn into a lot more after Kanye discovered the track. Now it plays on the radio every second, at least in my car which I am not mad about at all. The constant assault of relating everything to a panda, made me realize there have been a few Panda successes this year. Outside of my music preference, at my actual job, I also talk about the reign of Panda.

When Google introduced their Panda, much like Desiigner’s Panda, it became very successful instantly. The Panda algorithm change affected 12% of search queries, finally cracking down on content farming, thin content and spammy content. From its 2011 release date to its final update  last year, Panda made the internet a much better place.

At the beginning of this year, Google announced there would be no more Panda updates, instead Panda would be a permanent form of quality control. In January, Google announced that the separate Panda algorithm would merge with Google’s core algorithm, making Panda a ranking signal, and not just a spam filter applied after the core algorithm assesses a site (this does not mean Panda is applied in real time, which was a point of confusion when this was announced).

Now that Panda can run on its own without any hand holding, it is important to celebrate Panda for delivering only the best content for our queries, but also determine how webmaster’s should create content moving forward to appease all things Panda.

There is no perfect word count or length for satisfying Panda’s content requirements. In reality, pages with content that would be considered thin by word count still rank and are even ranked in featured snippets. The focus of Panda quality control is making sure sites are answering users’ questions. If your content does not meet this focus, you shouldn’t remove it in an effort to satisfy Google’s content rules. That could actually do more harm than good.

Instead, use the meta no index tag if you are worried about Google crawling your thin content and deeming it unworthy. Another tactic is repurposing the content. Do you have similar content which is diluting your pages? Try combining their themes, but be careful to not lose keyword value with an entirely new keyword and density.

If you are managing your site with little SEO knowledge, it is better to try to rework your content, instead of deleting content, unknowingly deleting pages that are actually ranking and bringing in traffic. Thin content can always be rewritten, but once it is removed, any ranking or traffic is lost with it.

Panda started a craze with the term “unique content”. Essentially, unique content just means content that is not plagiarized, duplicated, or scraped. Rewriting content in the writer’s own words even counts as unique content. While creating content of this kind, wont land you with a Panda penalty, is it really benefitting your site in the terms of visibility and authority?

I define unique content as a piece of content that is currently not represented on the internet, but holds value for the user. This can be a very challenging thing to achieve with the vastness of the internet, but I have seen successful content pieces that are truly unique. Striving to create unique pieces provide valuable insights during the process itself.

One tactic that is both insightful from a conversion standpoint and creates anticipated unique content is: surveys. There are many businesses who collect surveys on their users’ behavior, but what if a business treated the surveys as more of a study, collecting data for a longer period of time and putting together a report quarterly. They can see how the customer or user feels about their product or business, while providing information about customer behavior in their niche. It can be a difficult process finding that one thing that has never been written about, ever, but it can also provide a valuable window into your business and your niche.

After Panda cleaned up the web, it meant that writing an informative blog post was no longer going to be competitive in the content world. With the majority of the content now subjected to quality control, the probability of searchers finding a quality blog article about their queries is relatively high. So lets look into other forms of content to capture your potential customer or subscriber’s attention.

Facebook introduced a live-streaming functionality to their site recently, increasing the sharing potential for users. This technology is not just limited to Facebook. You can use live streaming as a way to create casual, unscripted interaction with your audience, while creating content that can be repurposed later. It also saves time, with no actual text to write or graphic to create, making it an easy way to reach audiences quickly and painlessly.

There are also traditional types of content that if just tweaked a little, can breath new life into old tactics. Most users are familiar with webinars which can be marketing tools masked as educational content. While webinars provide educational benefits for users, they can be bulky and tedious to create. Instead, try an online course style approach. In the past, I have created guides for various marketing elements and incorporated a quiz or interactive element to accompany the content, turning it into more of an online class. Users respond to this type of content because its fun, educational, and its easier to reference at a later time, with users even being able to print the content if they prefer.

There are other forms of content I like to employ that are rooted in traditional content marketing, but like webinars, just need an update. The first, interactive content, gained speed last year, and for good reason. They are fun for users and easy to create with different marketing tools. One way to flip traditional interactive content is making your content piece be a game. Most marketers do not double as video game designers, but the spirit of games can be recreated with tools or even with the help of a developer. One example is taking video marketing to the next level, by adding clickable elements for the user. This can be in the form of showing a portion of a video and then asking the user a question so they watch and participate in the event.

The second, is another way to manipulate video marketing, but can also be applied to text content: serial content. Serial content are sequences of content with an overlying theme that go live at the same day and time in a period. A great example for marketing is Moz’s White Board Fridays. I like serial content because it provides the user a reason to return to your site if the content is quality. It also strengthens branding and authority by showing expertise in a certain niche, understanding many different subsections of your business.

Now that Panda is in power it forces marketers, webmaster’s, and writers to rethink what the term content encompasses. This means not stressing over thin content, but instead thinking of ways it can be repurposed, combined, or rewritten to satisfy Panda’s infinite hunger.

As you rethink thin content, start completely overhauling your idea of  the term “unique content”. Always avoid duplicating, scraping, or plagiarizing at the minimum, but try to think beyond the meaning of quality content, and into the realm of bringing users a totally new idea.

To try going beyond the monotonous “unique content” push, utilize new, emerging forms of visual content including fresh video marketing techniques like live-streaming, turning video into interactive games or content, and serial content. These are just some of the new trending visual content marketing strategies which will gain even more momentum as the year goes on. The main takeaway for satiating Panda is to always put your users first by anticipating their needs and serving them content that truly is unique.

So take all this info and celebrate new Panda milestones as Desiigner’s Panda breaks the streaming record with the most streams by a rapper over a 7 day period (40.1 million domestic streams!) and Google’s Panda for fighting spammers for 5 years!