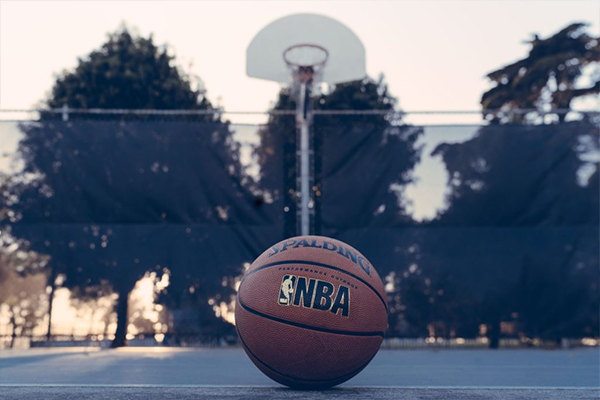 What a great time of year to be a sports fan.  Whether you’re just getting over the madness that is March, getting geeked up for the NHL/NBA playoffs, or you’re still dreaming of Augusta, there is a lot going on.  Let’s not forget about America’s pastime (we are still calling baseball that, right?).

However, when it comes to sports marketing, if you are a television executive or an advertiser in sports, it is a bit harder to enjoy the games. Why is that? Well, odds are you probably have a pretty good idea. We’re all aware of smartphones, television on-demand, and that consumers attention spans are next to nothing these days.  So, I won’t bore you with the why, instead, what I want to look at is how leagues and advertisers are not only battling this but how they are also re-engaging consumers.

So, let’s dive in and learn the how of digital marketing in sports. Taking a look at a league that is really leading the charge in the digital space for sports, the NBA.

With traditional advertisers shifting their ad dollars to non-traditional channels, TV executives need to be wary of spending when renegotiating TV deals. Though the NBA isn’t hurting too much in this sense, as they just signed a 2.66 billion dollar a year television deal in 2016, there is still plenty of opportunities out there. The NBA has been able to grasp an understanding of the future of sports consumption, the lack of a digital presence, coupled with consumers demand for on-demand TV. In response to this, their digital marketing arm, NBA Digital, launched micro-transactions to avid users through their League Pass app.

Adam Silver, the NBA Commissioner, has long stated the league’s intention to get into the micro-transaction sector. The Verge notes this as far back as CES 2016, where Silver noted “ I think you’re going to get to the point where somebody wants to watch the last five minutes of the game, and they go click, they’ll pay a set price for five minutes as opposed to what they would pay for two hours of the game.”

Wow. @NBA experimenting with in app micro-transactions, offering 4th quarter of a game for $0.99. The future is here. pic.twitter.com/pu602ZAokn

It is easy to see other leagues move in this direction as well.  The NFL already has NFL RedZone and could easily adjust this to a similar model. And how easy would it be for MLB to offer up a game heading to extra innings for $.50?

We can see how this model of micro-transactions can, and likely will, grow.  But on the flip side of that coin, we see how much this would hurt a company like ESPN. According to Axios, production costs at live events has nearly doubled over the last 10 years, up to 25 billion a year. Add that to families cutting the cable cord, which has slashed this countries cable subscribers by an incredible 25% since its peak, and you can see a serious problem for the worldwide leader in sports. Things might get even worse than they already are.

The world’s largest media company is looking at getting into the sports game. I’m not talking about Disney or Viacom, I am talking about Facebook.  According to SportsBusiness Journalism, Facebook is looking to put some significant money behind live streaming sports.

In fact, they recently hired a new executive who will oversee a budget of about “a few billion dollars” to buy sports rights on a global basis, their sources said.  This new avenue is already getting started too, with Chicago Cubs and White Sox games streaming live.

Facebook isn’t the only tech company getting into the sports game. Amazon has also entered into a deal with the NFL to stream its Thursday Night games. With these tech companies entering the space, it poses a very challenging problem for traditional media companies.

Not only does this mean new competitors in the space, but competitors that have better tools and platforms for advertisers. ESPN cannot compete with Facebook’s targeting capabilities, or the different channels Amazon offers advertisers. With a digital spend, an advertiser will have the ability to gain insight into their reach, impressions, results, etc…at a micro level; and end up with a treasure trove of data to learn from. With television spend, it is almost impossible to get that level of data.

The key for advertisers is data. With the massive shift toward digital, advertisers are learning how to make sense of all this data, and they are taking advantage of it.

Fathead, an MSC client, is a Detroit-based graphics company that specializes in sports vinyl wall decals and also one of the companies taking advantage of digital data. Fathead was using traditional marketing channels, and although they attempted to enter the social space, they found little success. Without historical data to start off with, we utilized the data in their XML and built a few profitable audiences and campaigns. Once we discovered a few audiences that converted, our team leveraged this to build a lookalike audience and scale the channel.

With the power of data, we were able to successfully scale that channel. Expanding their digital channel brought in approx. 15,000 new customers and increased their ROI 12 fold over the first four months. That is not a typo. 12x. We also saw 55 million ad impressions and 300% increase of ROI at the top of the funnel. As we continue to grow the channel, we continue to bring in data that shapes and grows our digital strategy.

The Future of Sports in Digital Marketing

Who knows, maybe ESPN will even adapt and charge $.99 to have Stephen A. Smith yelling at us for an hour? Either way, it’s important to recognize the importance of digital marketing in sports and what the future holds for it.

Whether a die-hard sports fan or a company looking to get in front of a sports team audience. Consider the help of MSC—experts on all things digital marketing for sports and more. Don’t hesitate to contact us today!