Making Its Mark On Marketing: The History of Marketing In Detroit 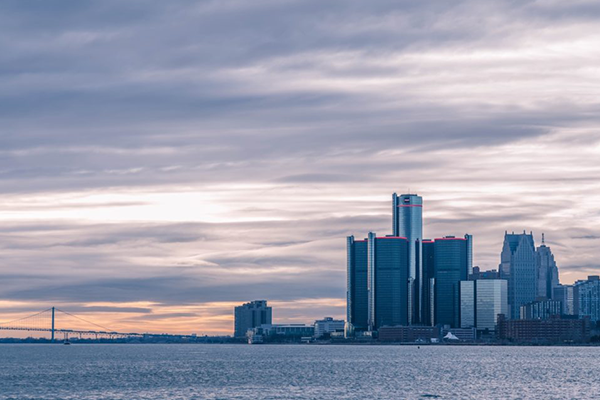 Detroit is a city of movers, makers, and innovators. We always have been, and we always will be. And while we may be risking our ~cool~ reputation by setting the context of this article with a horrible cliche, but here goes nothing—”study the past if you would define the future” – Confucius.

So, here’s MSC’s version of a history lesson—How the Motor City Shaped Marketing 101.

Like a lot of things in Detroit, the automotive industry sparked the city’s influence on marketing. When Henry Ford rolled the first Model T off the revolutionary assembly line, the Ford Motor Company also rolled out the first Model T ad. The advertisement was extremely text-heavy and detailed—it was practically a thesis on why you should buy the car. Still, it set the trend of transparent advertising in the quickly-emerging auto industry and matched closely with Henry Ford’s marketing philosophy: “If you have a good thing, it will advertise itself.”

Ford followed this advertising campaign with a profit-sharing promotion in 1914. One of the first of its kind, the promotion promised customers a share of the profits if a certain amount of models were sold. The already affordable Model T exploded into popularity, paving the way for profit-sharing strategies ever since.

The ornate detail of the Fisher Building and Guardian Building began to paint the Detroit skyline just as Diego Rivera was painting his famous Detroit Industry mural. The Art-Deco movement had arrived in full force, and a shift in marketing obviously followed. People were way over the dry, technical details of the decades before: instead, the Art-Deco ads of Detroit companies kept a focus on a progressive, ornate, and modern future by emphasizing art and design.

Military, manufacturing, and marketing: the 1940s

Detroit was the manufacturing cornerstone of the country during World War Two. The automotive factories changed gears and began producing tanks, shells, and a variety of other military equipment. With the majority of the men enlisted, women had the chance to step onto the traditionally male factory floor. Rosie the Riveter, the emblem of these workers, was born, becoming both a symbol of female empowerment and a cultural icon.

Postwar & post-poster advertising in the 1950s

The Postwar Era’s age of hyper-consumerism boosted marketing to a whole new level. The auto industry was back with a vengeance, placing Detroit at the heart of it all. Television became the go-to medium for the first time, opening up a world of creativity through animation and visual advertising. This introduced iconic, friendly mascots announcing that their favorite Frosted Flakes were “Gr-r-eat!”

Time for the rise of Motown! Motown music was a groovy hybrid of gospel and jazz that broke down America’s segregated pop music scene. Motown began in New Center, Detroit and quickly spread across the world. Motown helped urge movements focused on equality, diversity, and inclusivity. The wildly popular genre influenced the use of music in marketing media, and the elegant visual style influenced print ads for decades to come.

The Detroit Area fell into socio-political and economic unrest. This turned marketing into an important tool to combat the negative assumptions surrounding the city. A large part of the Detroit marketing mindset shifted to emphasize community and diversity, specifically going against the prejudices of the years before.

The age of cable and mass communication brought marketing to the global scale. Large agencies moved to Detroit from New York and Los Angeles while others began right in our backyard. Bigger budgets and rapid technological changes put an emphasis on adaptability and creativity that hadn’t been possible before.

The recession began in 2007 and lasted longer in Detroit than anywhere else. We don’t need to tell you how hard it impacted Detroit; we’re sure you’ve already heard all about it for the past ten years if you didn’t experience it yourself. The recession tried to bring the city to its knees, but no matter how hard we got hit, we still stayed standing. Marketing trends during this time focused on this perseverance and grit. They reminded the world that we were still here and what, exactly, we’re made of.

Here and now and MSC

Detroit is currently in a stage of rapid regrowth. Once the fallen automotive capital of the world, Detroit is now a beacon of adaptability, creativity, and innovation. New marketing agencies are opening their (mostly digital) doors every day, eager to support emerging startups and small businesses with whatever they need. Detroit has become even more community-focused than before. The city still has some problems, old and new, but by standing together and helping each other, we’ve already built a brighter future.