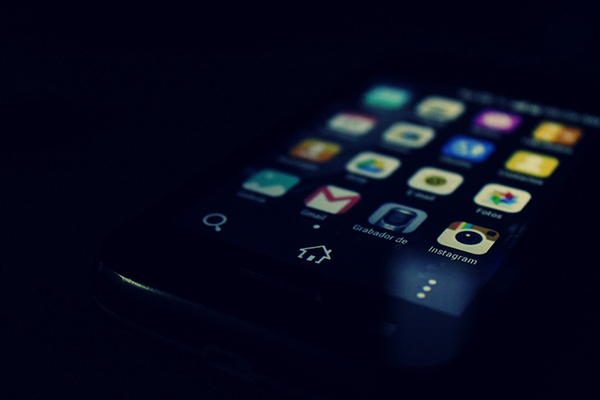 Publicize the launch of your new app by contacting journalists at relevant media outlets.

Ask for reviews and pitch the significance of your app by highlighting the problems it solves for users, and how it’s different than any other app that came before it. Pitch sites such as TechCrunch and CNet.

When you’re getting started, offer your power users an incentive for leaving a review in the app store. App users often read reviews before downloading an app. If the choice is between a few different apps with similar offerings, they will often choose those with the most top ratings. What’s more, reviews help with your ranking.

Since every release in the app store resets the overall rating based on your ratings from your current version, you should continuously request ratings from new users.

Social media is one of the most popular forms of mobile app user acquisition strategies today. First off, social media platforms are inherently made for mobile. When we’re out and about, we take our mobile devices to capture moments we intend to share with our network.

This makes social media the perfect platform for mobile app user acquisition for startups. You’re essentially marketing your app within an app.

The sharing effect and the influence of social circles that companies traditionally benefit from on social media will help you acquire more users. Apps that solve specific problems that people talk about will undoubtedly get shared. “There’s an app for that” is a popular phrase for a reason.

It’s common for people to tag their friends in the comments section of a social media ad as a way to help their friends solve problems they’ve discussed with them previously.

Referrals are highly effective for mobile app user acquisition. There’s a reason why the most successful apps dedicate a space for referral codes and links. For the most popular apps, this comes with an incentive.

For instance, UBER giving credit for referring friends who sign up — and for new drivers. A few more examples of apps that use referrals as a large part of their acquisition strategy are Lyft, AirBnB and ClassPass.

Expanding upon that referral theme, affiliate marketing is another way of incentivizing referrals. Affiliate marketing is different from advertising because it will pay a publisher (bloggers, influencers, etc) when someone from their audience takes an action as opposed to getting an impression. For mobile app user acquisition, we recommend setting the qualifying action as an app install versus a click.

You need to make sure you host your affiliate program on an affiliate network that has functionality to track and pay for app installs, and not just clicks.

While in-stream and other types of video ad formats are used across the web, more than half of YouTube views are on mobile devices, so we’ll use YouTube as an example for where you should be advertising your mobile app. Since the users are already on mobile, adoption is easier.

Missed Part 1 of this article? Go back to Mobile App User Acquisition Tactics for Startups: Part 1